Balance issues can make you feel dizzy. You might be standing but you will feel like the room’s spinning. You might feel that you’ll fall. Various systems and organs like eyes, ears, motors and touch sensors send series of sensors. Balance issues occur when there’s a problem with the signals sent by the ear to the brain. The vestibular systems lay a major role in controlling our senses of balance and spatial awareness.

A person suffering from this condition may feel confused or disoriented. This may make them lose a sense of where they are. There are certain symptoms which will help us identify this issue. They are:

Loss of balance can occur due to various reasons. Certain conditions can make the patient lose his sense of spatial orientation and make him feel disoriented. Some of them are:

Apart from the above-mentioned reasons, there are certain conditions as a result of which one might face balancing issues.

It is the infection or inflammation of the inner ear known as the labyrinth. The labyrinth helps people stay balanced. Dizziness and loss of balance develop as a result of Labyrinthitis. People may also dizzy nauseated.

It affects the inner ear and results in the disruption of signals being sent to the brain. Fluid builds up in the labyrinth which in turn affects the patient’s ability to hear and balance.

Vertigo causes dizziness when you move your head. It is usually seen when one turns to look behind or looks up to reach an item positioned above their head.

Visiting an otolaryngologist could help us deal with this condition easily. For the physician to examine and understand the condition thoroughly we might have to undergo a blood test, hearing and eye movement test, specialized tests that measure brain activity and a few balancing and posture assessments.

Treatment depends on the larger problem that the patient is facing. Balance issues develop as a side effect of major issues. If a certain type of medication causes a balance issue, the doctor may have to reduce the dosage or look for any alternative medication. The physician may prescribe a set of activities that can be done at home or under the guidance of a therapist. 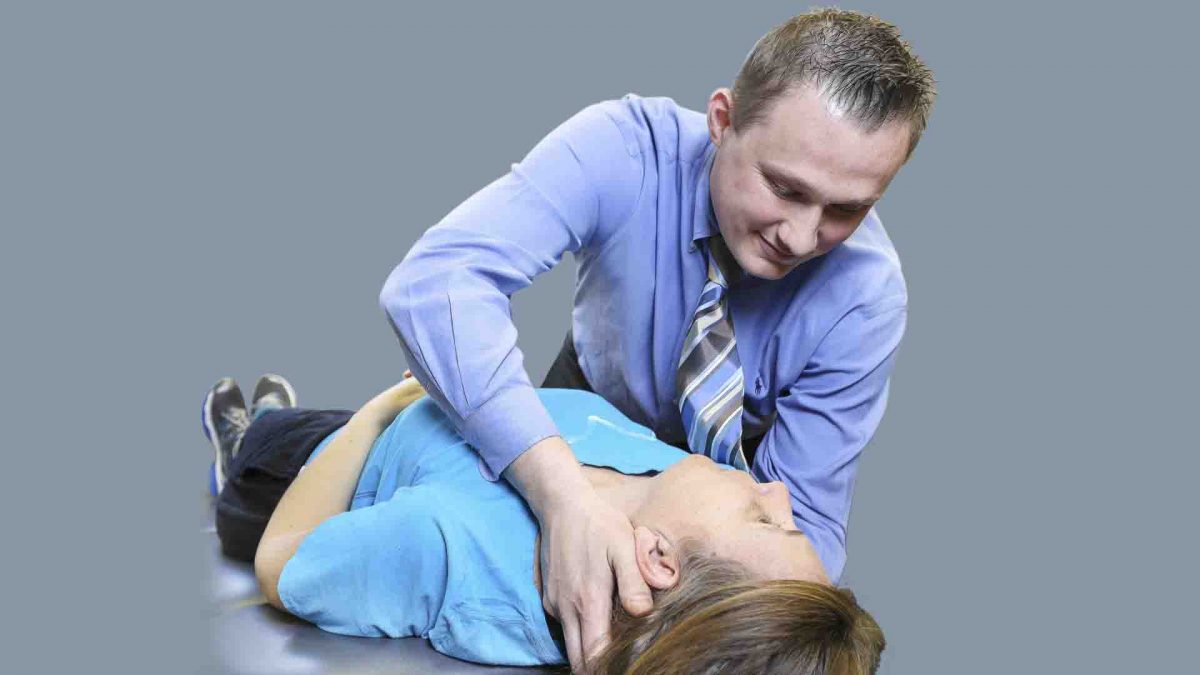 Vestibular Rehabilitation is a specialized therapy provided by vestibular therapists to treat dizziness, balance problems and other related issues. It is an exercise-based program used to treat both primary and secondary problems. People with vestibular issues often experience problems like vertigo, imbalance, dizziness. The vestibular disorder often has an impact on the performance of day to day activities and affects the overall quality of life. Depression and anxiety are often seen as an emotional impact of the disease.

The vestibular system is a sensory system consisting of various tracts and canals but the main components of these systems are present in the inner ear. The vestibular system is responsible for providing information to our brain for movement and spatial orientation. Information regarding maintaining balance is received by three peripheral sources: the eyes, ears, muscles and joints. It is also involved in motor functions like balancing, maintain posture and body movements.

Often these patients resort to a stationery lifestyle to avoid pain, discomfort and injury due to dizziness. The chances of complete recovery and restoration of functions after vestibular system damage are very little. The condition is improved only by compensation. Compensation meaning, the brain tries to increase the efficiency of working of the other systems to cope up with loss/ reduction of vestibular functions. Sometimes compensation does not happen on its own. It requires external support, this is where Vestibular rehabilitation comes into the picture.

Rehabilitation uses a customized way of dealing with each patient’s problems. The vestibular rehabilitation exercises are designed and allotted after thoroughly understanding the patient’s status. Hence, every patient has to undergo a comprehensive test and depending on their problem, they can be into one of the three types of vestibular therapy.

Prime Physio Plus has a class of specialists who conduct comprehensive assessments of the patients. They also study the patient’s history of medical records and design a therapy plan accordingly. Prime Physio Plus ensures the first-class quality of treatment. 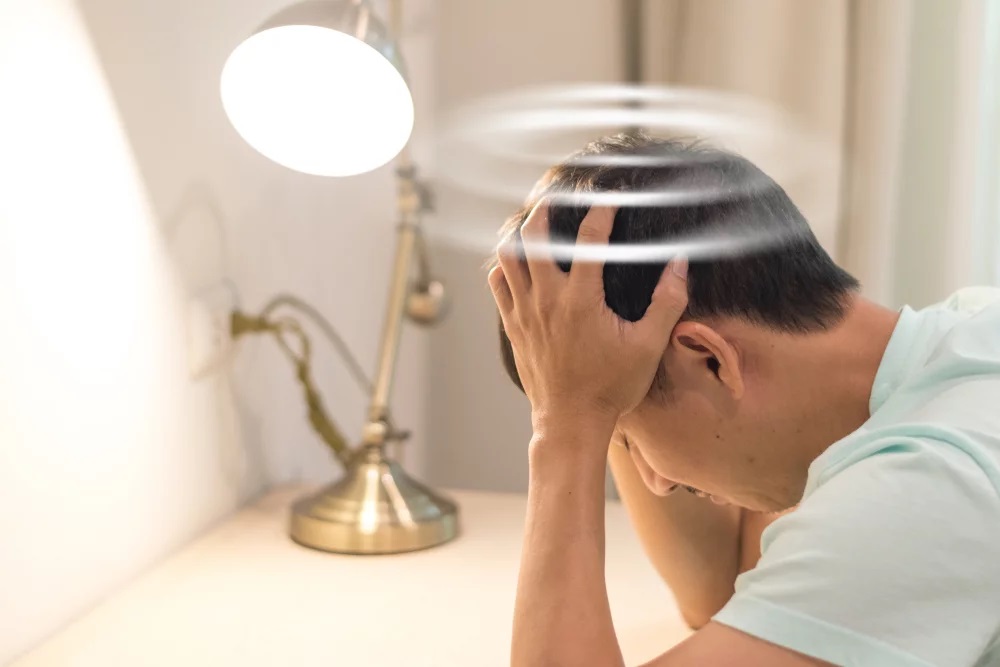 Vertigo or Benign Paroxysmal Positional Vertigo (BPPV) is a common disease that distresses a large number of people every year. Though, it is not life-threatening but has significantly affected their quality of life. BPPV has been defined as an inner ear disorder in which variations to the position of the head, like tilting the head backward, lead to sudden vertigo – a feeling where everything around appears to be spinning. Its intensity might range from mild to extreme and typically lasts only a few minutes.

BPPV may be escorted by the following signs and symptoms:

In the utricle, the otoconia may be released as a result of injury, infection, or age, and they end up in a sac – the utricle – where they get naturally dissolved. However, otoconia in the semicircular canals will not dissipate. As a person’s head position variates, they start to roll around and push on the tiny hair that lines the semicircular canals. Those hair act as sensors to inform the brain about balance. Vertigo develops when the hair is stimulated by the rolling otoconia.

With progress in medical technology, BPPV has become easy to diagnose and treat. The diagnosis can usually be identified based on medical history and a physical exam known as the particle repositioning procedure. This process takes about 15 minutes to complete and involves a sequence of physical movements that change the position of the head and the body. These actions relocate the otoconia out of the semicircular canal and back into their proper location in the utricle.

Physical therapy is one of the most effective ways to cope up with and treat vertigo. It involves using four commonly used procedures:

These are some therapeutic exercises that can reduce the intensity of your symptoms, or in some cases, eliminate them entirely. The frequency of the exercise and the general routine to follow are advised based on your individual requirements.

Every case of vertigo is different from the other. The specific physical therapy treatments will highly depend on the diagnosis of your physical therapist.

If you are struggling with vertigo and desire professional help, reach out to us at Prime Physio Plus Physiotherapy Clinic to book an appointment.

We aim to improve your pain and develop personalized treatments while maintaining up-to date practices provided by our qualified experts. It is through dedication and a cohesive team of energetic and educated individuals that we will continue to uphold this vision.

We will start with identifying the cause of the problem, not only the symptoms. We can then design a tailor-made treatment plan that will help you recover in the shortest period of time, so you can get back to enjoying your life to the fullest.